World Religions should be examined by their place in history, dominance and truth.  I find it interesting that many college texts and bookstore texts – nearly all from secular sources since the mid-1900s place the Jewish and Christian religions in the back.  The Encyclopedia of World Religions (1988) was said to have been organized both ‘geographically and historically’ and follows that secular pattern.  It first speaks of mythology, ‘uncivilized peoples,’ tribalism in Africa and mysticism  in India.   However, the Jewish religion came first in history and geographically in the ‘Fertile Crescent’ of Asia from which college texts agree civilization began.

The purpose of this article is only to provide basic information on the religion listed.  Other articles will further examine and reveal history and teachings of many of the following listed.

[adherents estimated 2017; adjusted slightly for listed member who do not practice]

Judaism is the oldest monotheistic religion (belief in one God).    Jews believe in God (Yahweh, Yehovah; also call Adonai – Lord, Master) the Creator of heaven and earth and man (Adam), and that God commands us to worship no other gods.  Their laws come from the Torah; also called the Hebrew Scriptures.  They have the Hebrew Bible or TaNaKh – an acronym for Torah (5 books of Moses), Nevi’im (Prophets) and Ketuvim (writings).   They believe in the Messiah (although they do not believe He has already come).  They believe in the resurrection of the dead.  There chief prophet is Moses.  Although, the religion begins with Adam and his linage, the Jewish name comes primarily from Judah, the fourth son of Jacob, grandson of Abraham.

According to the Encyclopedia of World Religions (1988), under the Chapter on ‘Brahmanism,’ which is an ancient Indian religious tradition that is associated with forms of Hinduism, Jainism and even Buddhism, they write: “whatever may have been the history of the Aryans, by whom the Vedas were produced, previous to their entering India, it is certain that when they did so, long before Buddhism took its rise, in the sixth century B.C., they had developed religious ideas and conceptions …with similarities to …the Greeks; and which suggest, if they do not prove, that the European and Hindu Aryans sprang from a common stock.   When we find their divinities termed ‘devas,’ or ‘the shinning ones,’ and recognize the same word in the Latin Deus, divinity; when we compare the Dyaush-pitar (Heaven Father) of Sanskrit, with Jupiter or Dies-piter of Rome, and the Zeus of Greece; Varuna… with Ouranos Uranus in Greek… we cannot help realizing that Brahmanism and Greek and Latin religion sprang from a similar source… We know that the Hindu sacred books, the Vedas… are among the oldest of extant human compositions… the best opinions place the date of the Rig-Veda between 800 and 1200 B.C.” 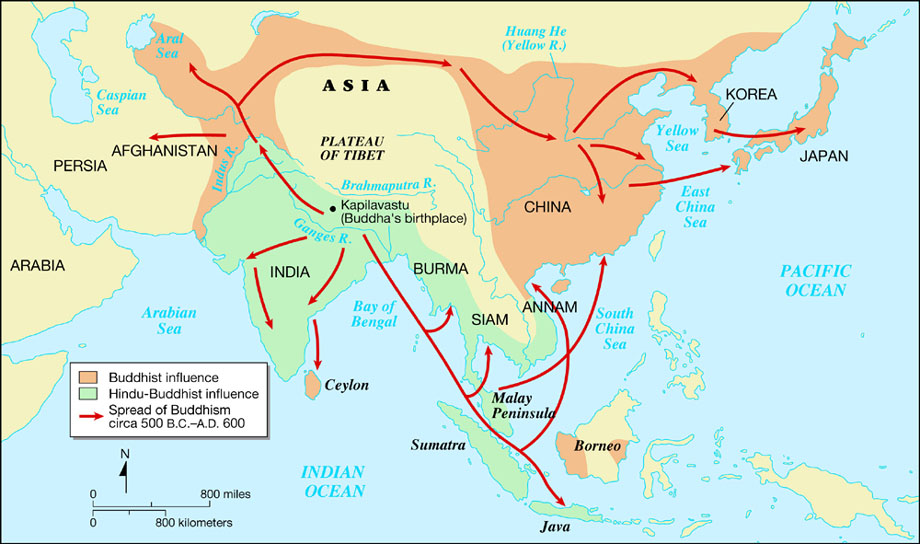 Jesus Christ (Yeshua ha Messiah or Yehoshua hamashiach – the Anointed Savior; God our Salvation) was born of the virgin Mary about 5 BC in Bethlehem.  At about the age 30, Jesus made disciples who spread forth His teachings.   According to the Bible, ‘the disciples were called Christians first in Antioch (Acts 11:26).’  They were also called followers of ‘the Way,’ of which Paul stated ‘I worship the God of my fathers, believing all things which are written in the Law and in the Prophets (Acts 24:14).’  As Jews, Christians also believe in the resurrection and judgment to come.  Christians believe in the Hebrew Scriptures which they call the Old Testament and also the New Testament which contains four gospels of Jesus Christ and writings from disciples would saw Him.  Early Christian codexes included other books in their appendix.  The BIBLE: History and Accuracy

Muslims believe that the Quran (Koran – ‘reading’) was revealed to Muhammad by God through the angel Gabriel.   The Quran states belief in the Injil (Gospels of Jesus Christ); yet, they state that the gospels were and are distorted and that Jesus is not the Son of God, but only a prophet.   The Quran speaks of Adam, Noah, Moses and of course Abraham.  Muslims also believe in the resurrection and a judgment to come.  However, they do not look to Jesus Christ as the Messiah; yet, some look to the 12th Imam or Mahdi in that manner.   The five pillars of Islam: creed, daily prayers, alms giving, fasting during Ramadan, and pilgrimage to Mecca if able.